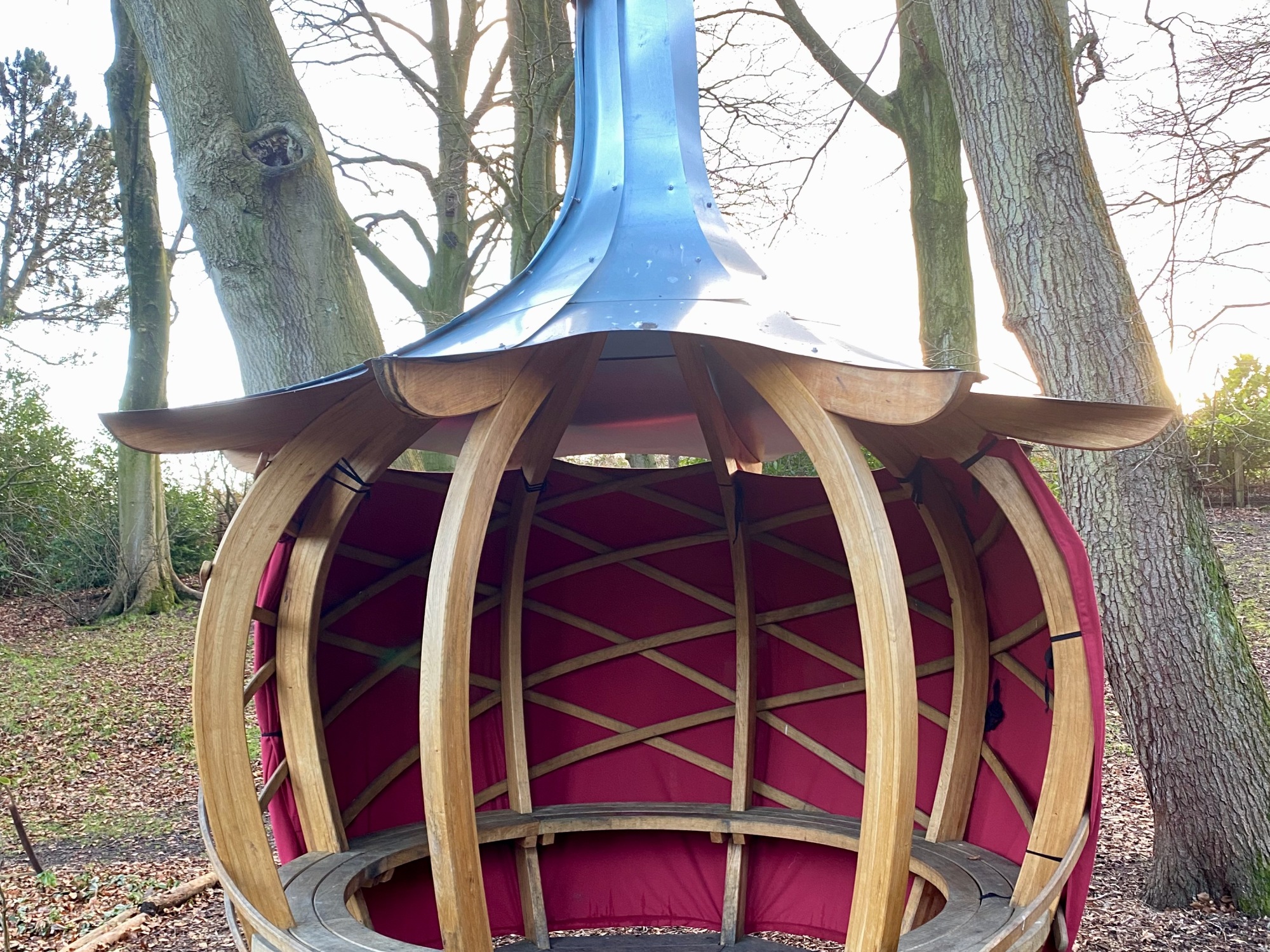 Just installed the permanent Onion Shelter at Whirlow Brook Park in the remembrance garden, managed, and funded by the University of the Third Age [U3A]. This has curvy steam bent cladding around the eight laminated ribs, seven curved seating bays and floor all in oak, and then topped with a galvanized steel roof. Around the rear of the shelter we have added an adjustable canvas screen to project it from the prevailing wind. Just in time as the larch plantation forest behind has just had to be clear felled as it had a fungal disease. The good news is that it is going to be replaced with a native broad leaf wood, part planted and part self generating.

The Onion was officially opened on Wednesday 23rd June by Councillor Gail Smith the Lord Mayor of Sheffield.